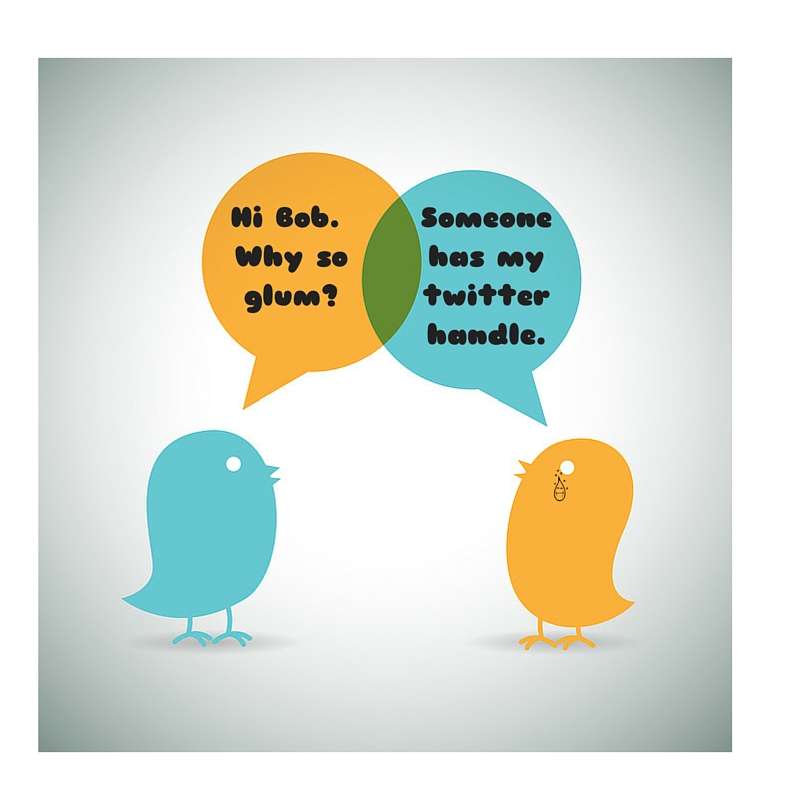 Discovering that a competitor has beat you to your chosen social media handle is not only frustrating, it could spell bad news for your business, particularly if you’ve built up some early marketing collateral around the name. Just ask the Rams franchise, which forgot to protect its old twitter handle and also lost out to this one.

Don’t worry. All is not lost. With a few tweaks and a little elbow grease, you can come up with an alternate handle that captures the essence of your brand and does your business proud — without confusing customers who know your business by a given name or, worse, actually changing your company’s legal name.

Quick Fixes to Reclaim a “Taken” Handle or URL

It’s 2016. By now, most generic business Twitter handles have been locked up. If you’re late to the social media party and your company has a straightforward name, you shouldn’t expect to get an exact-match handle: @stevestreats for Steve’s Treats, @BrooklynBooks for Brooklyn Books. Instead, opt for an imperfect, memorable alternative:

Numerals at the beginning or end: @1stevestreats, @BrooklynBooks45. Consider using significant numeral(s), like your business’s street number of founding year.

“Inc” at the end: @stevestreatsinc.

Location information, as long as it’s not too unwieldy: @stevestreatsNY, @BrooklynAtlanticBooks (because our fictional Brooklyn bookstore lives on Atlantic Avenue, of course).

Names or initials, if relevant and your business is small enough: @BrooklynBooksMarco, @StevesTreatsSD (for Steve Davis, our fictional treat impresario).

Keywords or descriptors in place of your business name: @healthytreats or @healthytreats95 instead of @stevestreats; @rarebooksforless instead of @BrooklynBooks. This is a great way to reinforce your key value statement or top differentiator.

Differentiating words, such as “the” and “real,” at the beginning or end: @thestevestreats, @RealBrooklynBooks.

The same principles apply to Facebook and LinkedIn page names and URLs. Remember, all three social media sites have space for you to describe what your business does in a few sentences (140 characters in Twitter’s case, but still). If you feel like your fallback handle or page name doesn’t quite capture your company’s essence, this space is your chance to (succinctly) make it right with a kick-butt value proposition or elevator pitch.

How to Face Down Social Media Copycats

Finding that someone beat you to the social media punch fair and square stinks, but you can deal with it.

What if the problem’s more sinister, though? What if you’re the victim of — dun dun dun — social media copycatting?

It happens. For various reasons, including personal feuds and intense business competition, people impersonate one another on social media far more often than you’d realize — unless you prefer to associate with sketchy people, in which case you probably know all this stuff anyway.

If you have reason to believe that someone is impersonating your business on Facebook, Twitter or LinkedIn, you have a few options:

Contact the copycat directly: If you suspect the copycat isn’t entirely malicious, contact him/her directly and see if you can work out a deal. Remember that it’s not kosher to extort legitimate business owners, so if the copycat asks you for money, report them to the social media network’s admins.

Invoke copyright authority: If you own your business’s copyright, invoke it. A formal cease-and-desist letter on scary-looking legal letterhead is often enough to produce the desired outcome.

Have you tried any of the above—or something else—that worked for you? Share your tip in the comments below.

Upward Media specializes in SEO content solutions for growth-focused businesses that understand the need for a strong online presence.

Send your query to hello@upwardmedia.com. We typically respond within 24 hours.